You are here: Home / Travel Blogs / Top things to do in North Macedonia, the pearl of Balkans

In this article I write about some of the top things to do in North Macedonia, a beautiful country in the Balkans that is still fairly off-the-beaten-path.

There are some places that I dream of since I was a kid. I’d love to visit Greenland for example. Another of my dreams is to visit the massive Gobi Desert in Mongolia. Certainly North Macedonia wasn’t on my bucket list. Not even on my personal top 50 of countries to visit.

How did I end up on a plane heading to Skopje? To be honest I’m still not certain. In a few seconds, I went from surfing the web to paying a low-cost flight from Milan to Skopje, without thinking if it was really worth spending my holidays in the Balkans.

But one of the best things about traveling is visiting places that we don’t know much about. And this can be hard in our days because since we have internet we can virtually visit any place from our homes. But North Macedonia is still an almost unknown country for most of the people.

Just try to Google some info about things to do in North Macedonia and you will see what I’m talking about. not much info about places to visit, besides the capital. After all: how many people you know that have visited North Macedonia?

The first thing I discovered was really good! North Macedonia is a very cheap country compared to other European countries. On average, during the low season, you can spend as low as 15€ per night for a hotel (find some deals on Booking.com. Alternatively use this discount code for Airbnb) and you can eat in the center of Skopje with just 6/7€. In Skopje, you will eat the best Kebap in the Balkans.

To be 100% honest this wasn’t my first time in North Macedonia. On 2011 during a solo trip in Greece I visited the small village of Dojran, but it was just for few hours. So this time I spent more time in this country.

If we exclude Skopje, the capital, and Ohrid, the rest of the country is still an unexplored tourist destination. And this is good because the people are very friendly and genuine. Something rare in the most famous tourist destination. Sometimes you won’t even feel in Europe.

Right now the flights from other countries are few and probably this is one of the reasons why few people consider North Macedonia as their destination.

North Macedonia is a landlocked country that is geographically clearly defined by a central valley formed by the Vardar river and framed along its borders by mountain ranges. The country is part of a region called with the same name (where Alexander the Great was born) that include also northern Greece and a small part of Bulgaria.

It is one of the successor states of the former Yugoslavia, from which it declared independence in 1991. It became a member of the United Nations in 1993, but, as a result of a dispute with Greece over the use of the name Macedonia, it was admitted under the provisional description of “the former Yugoslav Republic of Macedonia”.

Just a question: dear Greek friends, why do you care so much about this name?

During this trip, I crossed the border between Greece and Macedonia, and the first thing that the Greek custom did was putting the small sticker that you see in the picture on my rental car. I really wanted to ask: so what? Fortunately, the dispute seems to be completely resolved now and the official name of the country has been changed to North Macedonia.

Walking in the streets of the capital you will find so many different ethnicities. According to the last census data, the largest ethnic group in the country is the Macedonians, but you will also find Albanians, Romani, Serbs, Bosniaks, Aromanians, and other minorities. I had the feeling that this peaceful coexistence is fragile. Maybe just a feeling, I don’t know.

Top things to do in North Macedonia

What are some things to do in North Macedonia? The most famous destinations are Skopje, the capital, and Ohrid, a beautiful lake close to Albania.

Skopje is not big and one day is enough to visit the old town and the city center. If you have more days you can do a one day trip to Pristina, the capital of Kosovo, by bus. You can book the tour here.

Ohrid is only about 3 hours drive from Skopje and I strongly suggest you include it in your itinerary. After all, a trip to North Macedonia is not complete if you don’t visit Ohrid.

Ohrid is in my opinion one of the most beautiful places in North Macedonia.

On your way to Ohrid make a deviation to Mavrovo, a national park and a winter sports center, to see the half-submerged church in the lake. Sadly when I went there the lake was almost completely dry…

Not far from Ohrid you will find two more lakes: the Great Prespa Lake (divided between Albania, Greece and North Macedonia) and The Small Prespa Lake (in Grecia). This is not a popular tourist destination and if you are looking for a genuine place to meet local people and see beautiful landscapes, it’s definitely the place to go.

On the Great Prespa Lake, you will see the only Island in North Macedonia: Golem Grad aka the Snake Island. Why this name? Because it is home to several different species of snakes. The island is currently uninhabited.

The Small Prespa Lake has been recognized as an important wetland ecosystem favoring breeding and feeding of rare waterbird species. It is best known for hosting the largest breeding colony of the Dalmatian pelican in the world. But if you want to photograph these amazing birds it’s much easier to do it in Kerkini, Greece.

If you want to visit the Prespa Lakes keep in mind that the border with Greece close to Dolno Dupeni is closed since 1963 and for this reason, you have to drive as far as to Bitola. Then keep driving towards Florina (in Greece) then drive back towards Prespa. I really want to thank the Google Maps team: for some reason, they didn’t update the map and I drove for more than 3 hours just to get to a border that has been closed for more than 50 years!!!

Is North Macedonia a safe country?

Obviously, as always, it’s important to use good judgment and avoid putting yourself in dangerous situations. This being said, I felt safer in Skopje than in Milan.

Visiting North Macedonia is not just a holiday, but it’s like traveling back into the past. And in some places, it seems that the time has stopped. In the remotest parts of the country, you will see people still using horses as the main mean of transportation and the contrast between Skopje and the other places can be sometimes shocking.

North Macedonia is a poor country where people in the capital don’t make more than 450€ per month and 300€ in the rest of the country. But some people work for as low as 150€ per month. The unemployment rate is very high and the cost of living, for those who live and work there, is quite high.

This also means that Hotels in Macedonia are quite cheap.

Poverty is evident also in the center of Skopje. Sadly pollution is also another big problem as I discussed here.

Even though life can be tough, the people are just great. The capital was almost completely destroyed by an earthquake in 1963, then rebuilt. North Macedonians survived the dictatorship of General Tito and the fall of the Yugoslav government.

Today people of many different ethnic groups and religions live peacefully together. It’s amazing to see Christians and Muslims living so close without any problem and churches and Mosques built side by side: something impossible in Italy (where I come from).
Well done North Macedonia! 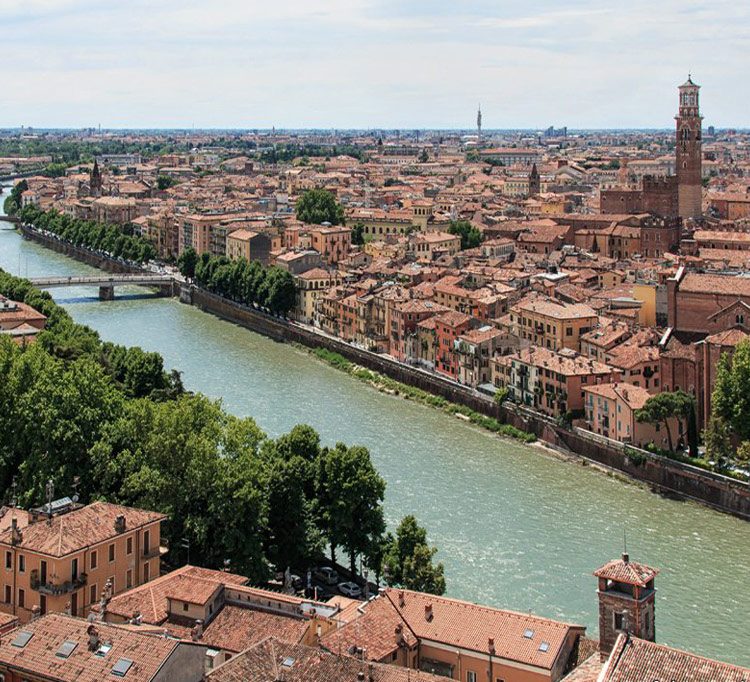 Top things to Do in Verona in Two Days

If you are planning a trip to Verona don't miss this article. You will find some of the things to do and to see in Verona in 2 days.